Get fresh music recommendations delivered to your inbox every Friday.
We've updated our Terms of Use. You can review the changes here.

The Art of the Song vol. 2, Ballads 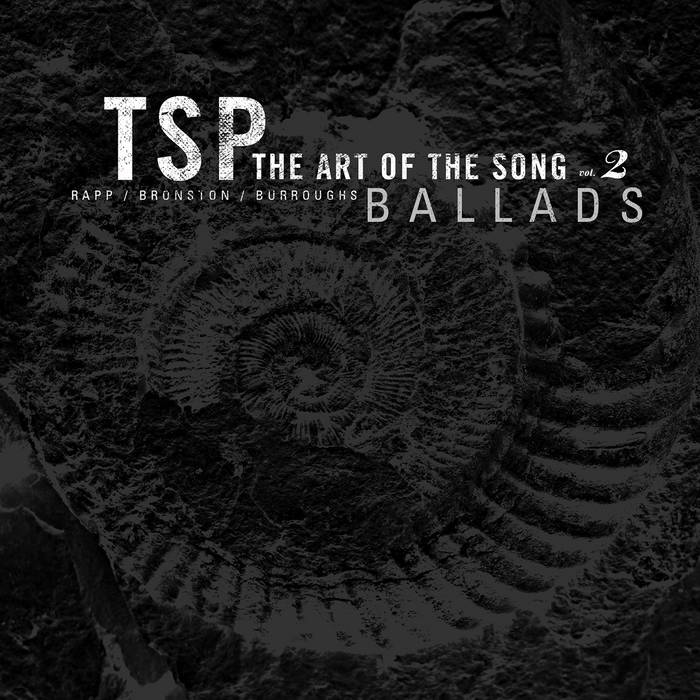 A strong musical kinship and sense of adventure rather than proximity is the glue that binds TSP (The Song Project) together. Brooklyn based guitarist Derek Lee Bronston, Chris Burroughs on drums hailing from Atlanta and Trumpeter Mark Rapp who has moved between New Orleans, NYC, Geneva (Switzerland) and South Carolina in the past decade comprise this musical unit.

The band initially began as an all-digital collaboration between Mark Rapp & Derek Lee Bronston in 2010, but quickly moved to the brick and mortar world when at one of their first gigs in Geneva, Switzerland they were approached to do a record by a Swiss studio owner. They subsequently recorded a CD in a 6 hour session and released it in early 2011. The recording, titled The art of the song volume 1, was the fuel that would fire TSP to take this project to a larger audience.

They quickly started touring in the U.S playing venues including Carnegie Hall, The Blue Note and Fillmore Jazz Festival, as well as, making TV and radio appearances in San Francisco, Seattle and NYC. Travelling from town to town TSP would often augment their band with local rhythm sections. As luck would have it, drummer Chris Burroughs was recommended by a local Atlanta Jazz Radio host to TSP. The 3 performed a show and an instant chemistry was born. They continued to work together when they would play in Atlanta and in 2015 Chris officially joined forces with TSP as a band member.

The newly augmented trio officially recorded their next release in August of 2015. The trio plans to record and release 4 volumes of music each exploring a different thematic concept. The first recording titled The Art of the Song, volume II: Ballads will be available on March 4, 2016. Subsequent volumes will be released throughout 2016 and into early 2017

Bandcamp Daily  your guide to the world of Bandcamp

Oakland producer Mejiwahn chats about his breezy and transportive LP.